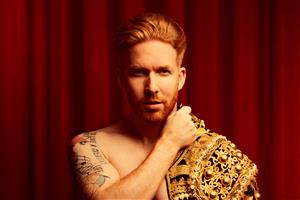 Join Jones as he goes from the back of Claudia’s area to starring in his very own dance show like you have never seen before - comedy, special effects and a lot of outstanding dancing. Neil will show you the real reason he’s a three-time World, eight-time British Champion and well-known choreographer in the world of Ballroom dancing.

Neil will take you on a journey showcasing what made him unique within the dancing world and introduce you to the very people who influenced him as a dancer. It just so happens that they were all Ginger, including Nell de Jaunse, who made an appearance on Strictly sister show It Takes Two.

Prepare yourself...you are in for a night you will never want to forget!!

*VIP package includes premium seating, the chance to Meet and Greet Neil for photo and autograph opportunities, plus a signed print.