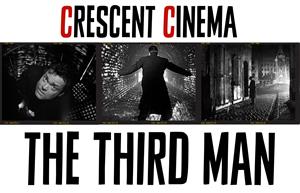 In March we will be visiting a classic British Film Noir from 1949: The Third Man.

Pulp novelist Holly Martins travels to shadowy, post-war Vienna, only to find himself investigating the mysterious death of an old friend, Harry Lime.