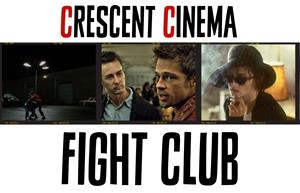 Oh dear, we are breaking the first rule as July’s film is Fight Club.

Sick of his dead end, white bread existence, Jack encounters an intriguing stranger who alters his relationship with reality.