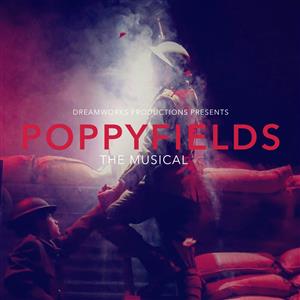 This production contains violent scenes and Suitable for ages 10+.

Set against the backdrop of a world at war in 1916, Poppyfields tells a captivating tale of love, loss, sacrifice and brotherhood. Documenting the lives of four principal characters, Poppyfields takes the audience on an emotional journey from a Home Front rife with class division, conscription and suffrage, to the horror of the Battle of the Somme.

An immensely poignant and respectful story highlighting the young people that gave their lives for their country a century ago.


"Ambitious, Adventurous and Arresting" - Chris Eldon Lee, Whats On Guide
​
After nearly a decade in the making, John Howard’s electrifying production debuted at Theatre Severn, Shrewsbury, in February 2018 to rapturous response and sold out the same theatre in September 2018.

You do not want to miss this burgeoning new musical.