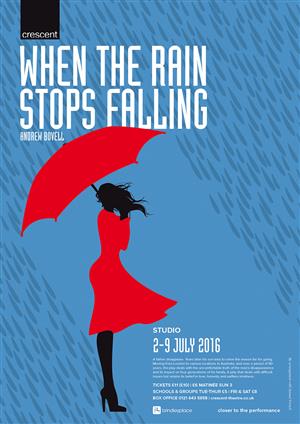 When the Rain Stops Falling

There will be an After Dark discussion following the 19:45 performance on Fri, 8th Jul. Free to ticket holders.

A father disappears. Years later his son tries to solve the reason for his going. Moving from London to various locations in Australia, and over a period of 80 years, the play deals with the uncomfortable truth of the man’s disappearance and its impact on four generations of his family.


A play that deals with difficult issues but retains its belief in love, honesty and selfless kindness.

This Production Is Dedicated To The Memory Of Madeleine Bigland