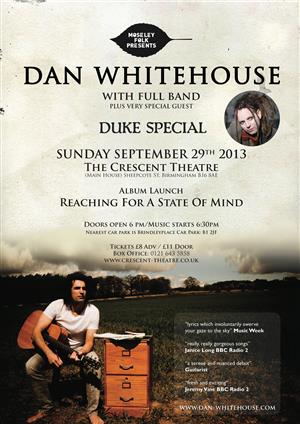 Bruised romanticism in a class of its own. Duke Special, AKA Peter
Wilson, has perfected a musically ambitious ‘hobo-chic’ sound –
alluring, inimitable and written with a lush musicality. Duke Special
inhabits a world unlike any other.

His critically-acclaimed 2006 album ‘Songs From The Deep Forest’
achieved platinum status in Ireland and received plaudits across the
board followed by his 2008 ‘I Never Thought This Day Would Come’.