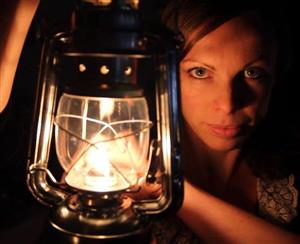 Heg and the Wolf Chorus presents

Bristol based folk band Heg & The Wolf Chorus tour the UK marking the release of their debut album Raising The Fires. This concept album, intertwining Heg’s imaginative stories with traditional myths and legends, is set at the end of the world as we know it, brought to it’s demise by a white witch who was wrongfully burnt at the stake. As the world burns, the witches spell conjures the return of all the mythological creatures to claim their land.


Twice nominated for Song of the Year at the annual FATEA awards, the band have received critical acclaim with their other-worldly breed of folk music which combines rich vocal harmonies, percussive string arrangements and dramatic piano to create their new-folk sound.

Kim Lowings
Solo set from folk singer & songwriter Kim Lowings. Described as having "a beauty of spirit that transcends in her lovely songs", Kim is an Appalachian mountain dulcimer player, pianist and songwriter. She sings with an enchantingly pure voice which transports you away. Working with traditional folk song and original material, Kim weaves musical stories inspired by both fables and everyday life.

Chris Cleverly
Isambard Folk Award winner Chris Cleverley’s trademark solo live sound is at times likened to the magnitude of a full orchestra only to moments later pull audiences to the very edge of their seats to soak in the delicate spider-like touch of his fingerstyle guitar playing.