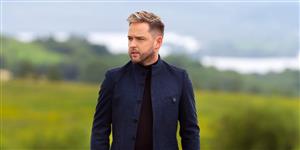 Derek Ryan has become one of Irish country music’s leading entertainers and makes his highly anticipated return to Birmingham for a performance of his self-penned hits along with a sprinkling of country classics.

Derek’s rise to stardom on the country scene has been at a phenomenal rate, with few other country stars having made such an impact. With two Irish Number One albums, sell-out shows at home and abroad and fistfuls of music awards to his name including Entertainer Of The Year, Album Of The Year and Best Live Performer.